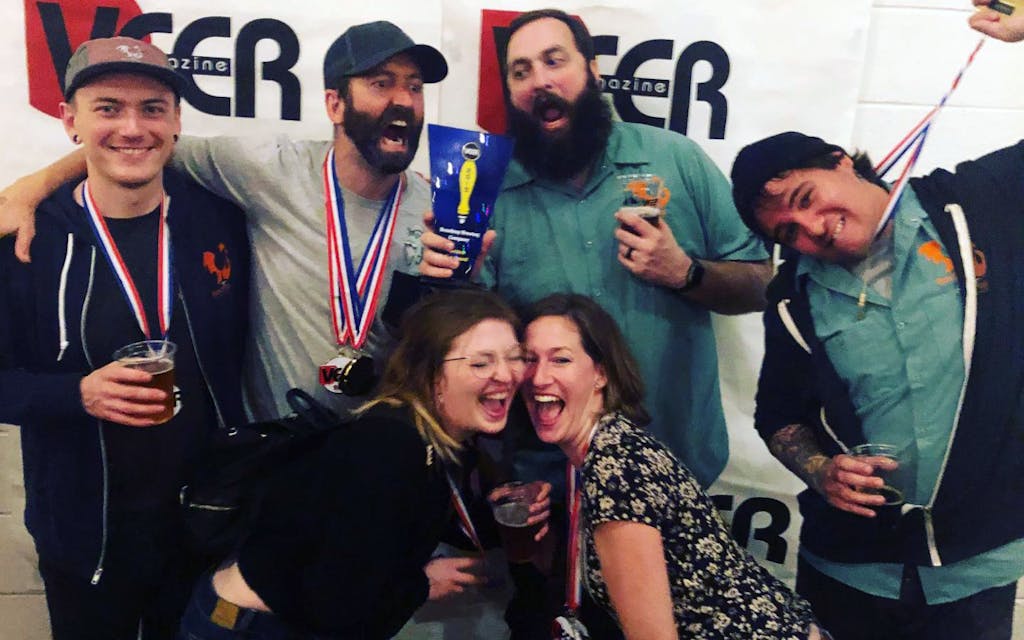 In the individual beer style categories such as IPA and American Wild Ale, three points are given to gold medalists, two points for silver and one point for bronze.

A combination of online popular votes and a select committee of tasters weighed in. With more than 30 local breweries, this year’s competition was especially exciting, and one thing is abundantly clear — there’s a lot of great beer being produced in the 757 region. In fact, it has never been this good for local consumers.

In addition to medals presented in the beer style categories, awards were also given for a variety of brewery categories as well as for restaurants, festivals, food trucks, and retail outlets.

On an evening where the entire 757 craft beer community was in the house — host O’Connor Brewing Co — a particularly heartwarming moment arose when Coelacanth Brewing Company one it first of two medals. A great and sustained roar erupted from the community of brewers. The brewery recently announced it would close by year’s end.

The top 5 points earning breweries are as follows: